The BBB: Among the first issues that Senate Democrats want to address is passage of a Build Back Better (BBB) reconciliation bill. However, there is as yet no firm sign of what kind of bill Senators will vote on. But there are indications that NAIFA interests are much less at risk than they’ve been.

First, as you will recall from just before Christmas, Sen. Joe Manchin (D-WV) announced he could not support the House-passed BBB bill (H.R.5376). He said that he is concerned about spiking inflation, and the BBB’s potential impact on it. He also said it is misleading to enact for a year or two programs that clearly lawmakers intend to extend as they begin to expire. He said the true cost of the House-passed BBB, if its provisions were to remain in effect for the entire ten-year budget window, is closer to $4 trillion, an amount he cannot support. He repeated that he could support a package of $1.5 trillion or so, depending on what’s in it and assuming it is fully offset.

Sen. Manchin did signal that he would be open to tax provisions that would raise revenue from the wealthiest Americans and businesses but could not vote for the BBB as it is currently drafted. (Note: another “maverick” Democratic Senator, Sen. Kyrsten Sinema (D-AZ), said she opposes raising tax rates on businesses, so Sen. Manchin’s willingness to consider tax rate hikes is mooted by Sen. Sinema’s opposition to such an approach.)

As you know, it will take all 50 Democratic votes in the Senate to pass a BBB bill, so both Sen. Manchin’s and Sen. Sinema’s concerns must be addressed if the Senate is to pass any version of a BBB reconciliation bill.

The Manchin comments sent off shock waves in Washington. Lawmakers have gone back to the drawing board, realizing that it would be impossible to pass in the Senate their initial decision, as reflected in the House bill, to cram as many priorities into the bill as possible, and to control the cost by keeping each program to a short duration.

The result is either a bill that fully funds (for ten years) far fewer priorities, or a bill that cannot pass Congress. Right now, it would appear that the priorities that drafters of the Senate version of the BBB are focusing on are climate change provisions, Affordable Care Act (ACA) health care subsidies, and possibly some new early childhood education provisions (e.g., universal pre-K). Senators are likely to jettison other programs—like, for example, a federal paid leave program.

Tax Risk Lessens: The good news is that there is no apparent move to add new (i.e., not in the House bill) revenue-raising provisions. That lessens the risk for NAIFA priorities considerably. Note, though, that the Senate is proposing one (positive) change that could matter to some NAIFA folks: the Finance Committee is proposing a change to the House bill’s corporate minimum tax provisions to allow corporations subject to the new minimum tax (those with $1 billion or more in profits) to exclude pension funds from the calculation of the corporate income to which the minimum tax would apply.

Timing: Senate Democrats vow they will craft and pass a new BBB early in January—but with no apparent agreement coming together as of yet, that timing could easily slip. Then, whatever the Senate can agree to will have to go back to the House, where there’s sure to be resistance to the substantially skinnied-down package the Senate will probably put together. So, we’re as yet quite a long way from an enacted BBB bill. And there are enough roadblocks and hurdles in the way, that there’s a real possibility that the whole initiative will fail. Most Washington insiders (including me) still think Democrats will find a way to pass something that they will call the BBB reconciliation bill, but that’s a far- from-certain outcome. And until “final” decisions are made, there remains some level of risk to NAIFA priorities.

Other Activity in 2022: We don’t as yet have a date for the State of the Union address; we know there will be a government funding bill initiative underway soon (the current government funding authority expires at midnight February 18); and Democrats, who are worried about trends and polls that suggest that the GOP may take control of the House, and possibly the Senate after the November 2022 mid-term elections, will try to enact as much of their priority agenda as they can. 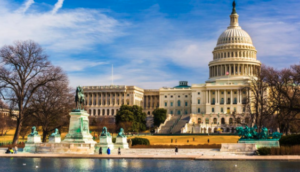 Beginning on December 27, 2021, brokers and consultants will be held to new compensation  transparency obligations under the Consolidated Appropriations Act (CAA). The CAA is a spending  and coronavirus relief package that was signed into law on December 27, 2020 and expands ERISA’s existing disclosure requirements. It broadened the definition of a “covered plan” to include group health plans (previously it only included retirement plans).

This created new requirements for brokers and consultants to disclose any direct or indirect compensation they may receive for referring services to the plan. This new disclosure requirement applies to contracts entered into, extended or renewed on Dec. 27, 2021.

The CAA requires covered service providers (CSPs) to provide plan fiduciaries with information they need to assess reasonableness of total compensation, both direct and indirect, received by the CSP, its affiliates and/or its subcontractors. READ MORE 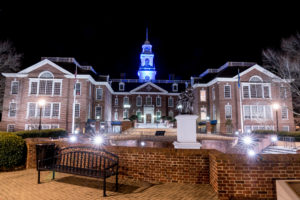 How can you get involved in shaping legislation that effects your career? There are three great ways to begin below:

Like it or not, 535 members of Congress shape the way you do business. NAIFA is uniquely situated to help you educate and influence these lawmakers.

NAIFA’s advocacy success is second to none in insurance and financial services.

The research arm of the National Journal validated what every NAIFA member knows: NAIFA is viewed by policymakers as the most credible, valued and respected voice in the industry. With a NAIFA member in every Congressional District, no other organization comes close to rivaling NAIFA’s grassroots efforts.

NAIFA’s PAC is the largest among all insurance and financial-services groups. That ranking doesn’t include the additional work IFAPAC and our state PACs do every day, helping represent advisors and the industry in all 50 state capitals. See the

Among our recent advocacy successes: 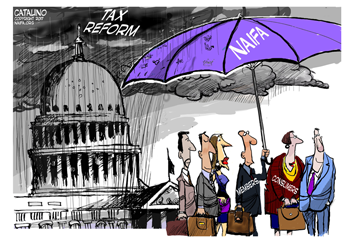 Serve on a Committee

Volunteer to help the PIC or PAC  chair and connect with candidates for public office who understand issues important to insurance agents and financial advisors.

NAIFA Delaware meets with key legislators who make decisions that effect this industry. The voice of the industry should be known.

Refer a colleague to NAIFA...

If you're already a member – consider referring a colleague to this group of diverse professionals who want to ensure a strong future for their practice, and have a voice in decisions that affect your industry.